Have you ever compared yourself to the fantasy of what you imagined your life would be like by age X and been disappointed? Two examples from Big Think in neuropsych:

I wish I had taken that other job instead of this one 10 years ago – my life would be so much better if I had.

Both of these examples have the ideology that if you had made different choices, your life right now would be improved…This is known as upward counterfactual thinking and it can lead to current and future depression.

In these examples, we see the idea that if you had made different choices your life would not be as good as it is right now.

This week I encountered this term – counterfactuals –  in a short piece by Oliver Burkeman. 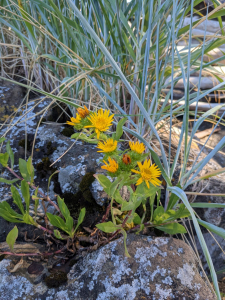 “Whenever you feel bad about yourself – for not accomplishing enough with the day, for instance, or for not being good enough at some skill you value highly – you’re implicitly comparing yourself with some other, “counterfactual” version of yourself. Often, that other version is a perfectionistic fantasy: the imaginary you who’d have got twice as much done today, or who’s as good at relationships/personal finances/parenting as you always thought you’d be by this point in life. So there’s a measure of liberation to be found simply by choosing a different comparison. Why judge your accomplishments today against some perfectly productive version of yourself, rather than by comparison to the you who could have stayed in bed, eating crisps? Why judge your money management skills against the imaginary multimillionaire you, instead of who you were a decade ago? These perspective-shifting tricks won’t solve your psychological issues in one fell swoop. But they can provide breathing space, a little room for manoeuvre – and some days that’s all you need.”

I found this piece intriguing and realistic. Not necessarily anything brand new, but wise words presented in a way that grabbed my attention. And so very people friendly, which I always appreciate. I suspect this is why I relate to Burkeman’s musings- he is favourably pre-disposed to the business of being human. No finger wagging. No formulas to improve. Rather, like an artist, you aren’t adding things to your painting rather you are noticing what you can take away. And there it is; you are left with the essentials.

And what counts most for me is truly priceless. Our lives do not need to be perfect to live a good life. I am grateful everyday and I wouldn’t trade any of it – joys or sorrows, for the world. 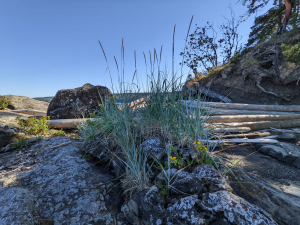 1:) Health Checks During Exteme Heat Events This is a practical document for understanding what to do in extreme heat. (thank you Rob and also for today’s beautiful photos from the westcoast)

2:) A little summer music by Carrie Newcomer A Simple Change of Heart

3:) “It is alright to be exactly what you are, who you are, where you are. Right here, right now.” Read the  entire poem, Right Here, by Dane Anthony. Click here.

4:) Last, but not least, my thanks. May you all have the strength and courage to keep placing one foot in front of the other. And may you have many loving, and joy-filled moments. Warmest wishes, Trudy

A Few Snippets
Scroll to top