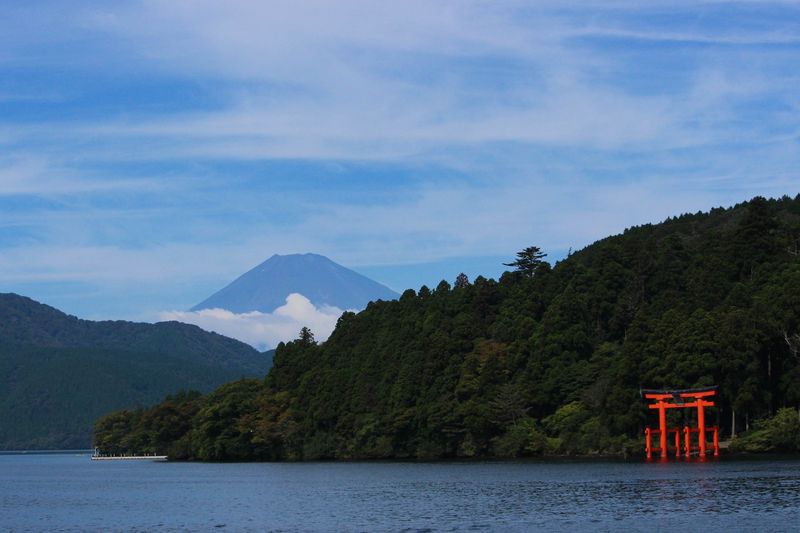 As you read the story of my Cabot Trail adventure please bear in mind a few things that may not be obvious.  First of all, when I was going through chemo, and later, my year of herceptin, there were many things I said no to because I wasn’t up to it. I also was very careful during the periods of low immunity and stayed away from public places so as to reduce my chances of getting sick. What I did do, were daily walks when the weather was reasonable.

My bike trip was two years and one month after my last infusion. And yes, it took courage for me to do this, as a non-athletic and non-sporty person, and I am ever so grateful that I didn’t back out. It was the most physically challenging thing I had done, up to that time, (other than the cancer treatment) and stretched me both physically and mentally.  I was one of the slowest of the group, at the beginning, but as time went on and I gained experience I gradually became more skillful. What made it doable for me was the trip was designed in such away that no matter how slow you were you didn’t hold others up.

Since that first trip I have done three more major bike trips and a walking trip: Croatia; Sunshine Coast BC; the Eastern Townships in Quebec and the Kiso Valley in Japan, respectively.  I am still one of the slower cyclists on hills but I thoroughly enjoy the challenge and camaraderie of what now has become  a semi-annual active holiday. All of this, to point our that timing is everything. I started slow and steady to train for these rides and my walk. Each year I do a better job of preparing and I honour the effort. And did I mention that it is FUN! (one of my filters for daily living)

I am not nor ever will be one of the “superheros” of living with cancer. I am more the ordinary example of a person who has chosen to stretch myself within limits and by my own standards.

It is important that we respect the limits that we all live with at various times.  There were many times that I had trouble walking up the stairs and couldn’t even dream of doing a bike trip. But when I could do it, I did.

I believe that is the point I want to make. When that time arrived, I didn’t allow my fears to take charge of my life and I stretched myself outside of my personal comfort zone and that has  made all the difference.

The danger of writing about a trip like this, is that I may cause a misunderstanding. So my pre-script will hopefully help you to understand that I am not suggesting that anyone else do this or that you should ever ignore your own limitations. Absolutely not.

It is an  example of what one person, me, did that has helped me enormously with living my life post cancer treatment. Each of us gets to decide what is important and meaningful and what we can and want to do. I loved my bike as a kid and I decided that I would take it up again at 65 and it has become my friend.

I consulted with my medical team about the things I wanted to do along with my concerns.  Now I have my own parameters within which to judge my next move. Sometimes I simply need a nap.:-) 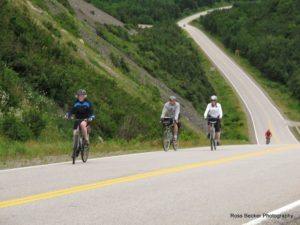 And now to my story:

In August, 2011, I completed a five day cycling trip around the Cabot Trail in Cape Breton, a place of breathtaking beauty at every bend in the road. It was an amazing, awesome and unforgettable adventure that I will treasure forever.

I did this trip to celebrate my upcoming 65th birthday and to also honour my commitment to lead a more active life that would include movement, creativity and fun. The previous three years before the Cabot Trail had been tough ones. I now wanted a mental and physical challenge of a different kind and looked back to what I loved as a kid. Cycling and the Cabot Trail came immediately to mind.

It was a crazy idea if you just looked at the terrain and my lack of experience. 300 KM in total that included one mountain after the other. The ascent up French Mountain alone covered over 5 KM and that was followed by MacKenzie Mountain and North Mountain with steep grades. (Of course what goes up must come down and honestly, I thought I might be the first person of record to bike up the mountain and take the van down, as those downhills looked so scary) And yet, I had a deep desire to do this trip, even if it seemed crazy. And so I did.

When I came up with this notion I thought I would have about three months to prepare and although it looked good on paper, I ended up with only a few weeks. I had been cycling along the canal in Ottawa several evenings a week and feeling quite satisfied with my progress but it was a ride with a Bicycle Club, on the last Sunday in June that changed everything.

I will never forget that ride as it was humiliating, even devastating in a 37 KM trip. I was the slowest of the slow group on that day and because we were riding on roads with the occasional hill and not on paved, flat bike trails I discovered after the first hill that I was ill prepared for my upcoming adventure, now only five weeks away. After an agonizing three hour ride that hot day, knowing how I was holding up that group, we finally returned to our cars.  I was exhausted and defeated both physically and mentally and so began the usual mind chatter about how I had made a mistake about cycling the Cabot Trail and “what was I thinking??” I’m sure most of you, dear readers, have had similar moments at one time or another.

The difference for me, this time, was that I was passionate about doing this ride – it really mattered to me in a deep and abiding way and I also believed I could do it, in spite of all available evidence to the contrary. I didn’t even hint to the group I had cycled with that I would be cycling the Cabot Trail in five weeks. First of all they would have thought I was joking and once they realized I was not they could only have felt pity. So I kept it to myself.

A few hours later, after I had recovered, I wrote to the cycling company to make sure that they  didn’t have a policy that we “ride together” as  I would have withdrawn because I wouldn’t have been willing to hold 11 other people up. Once I heard back the next day that this was not the case and everyone would ride at their own pace, I was delighted, determined and recommitted.  I would do this and I would do my best to prepare with the five weeks I had left.

I kept up my regular evening rides but added spin classes two days a week plus a longer solo ride  in the Gatineau hills, for the next three Sunday mornings.  That little bit of discipline and hard work paid off. Not in speed but in seeing the resilience of the body. This is something I learned going through chemo, how the body wants to be well and will work hard to come back to equilibrium.  With my hill training I saw progress and each week I got a little bit better. I also learned how to use my gears more efficiently and develop my cadence, which is a fine way to slowly climb a long steep hill. I was encouraged and I made a surprising discovery that I preferred to train on my own rather than with a group.  It allowed me to develop my own pace in my own time.

Dr. Jinroh Itami, from Japan, who created Meaningful Life Therapy, over 30 years ago, had his patients climb mountains. He believed it promoted healing, wellness, strength and confidence.  I had hoped to go to Japan and climb Mt Fuji with Dr. Itami and a group of his cancer patients. Unfortunately, many things conspired against the trip for 2011 but I still wanted to do something significant, for me, in the spirit if Dr. Itami. Another reason to do this bike trip.

I learned first hand the value of Dr. Itami’s “mountain climbing.” To do something physically and mentally rigorous has enormous personal benefits. The planning, the training and the execution all bring a sense of satisfaction that I can only describe as pure joy. In my case and in the case of Dr. Itami’s patients it isn’t competition or bravado but simply putting one foot in front of the other, or keeping the wheels going round. Stopping, when need be, to refresh and rejuvenate but beginning again. Going the distance that you can go.

I came down off the Cabot Trail a different person than the one who went up. A confidence born of doing something I never thought I could do and yet I had just did it.  I thought, “if I can do this, ‘I can take on the world.’”

We all have metaphorical mountains in our lives that require climbing.  I am so happy, yes, happy, that I chose to cycle a section of nature’s spectacular mountains on one of the world’s most beautiful coasts.

I feel stronger, lighter, more confidant, grateful and committed to an active and joyful life while I can. Life is tenuous and it can end or change in a flash. I will always be grateful that I did this thing, fulfilled this dream and cycled the Cabot Trail the year I could. And there are no guarantees about next year for any of us. We sing while there’s voice left!